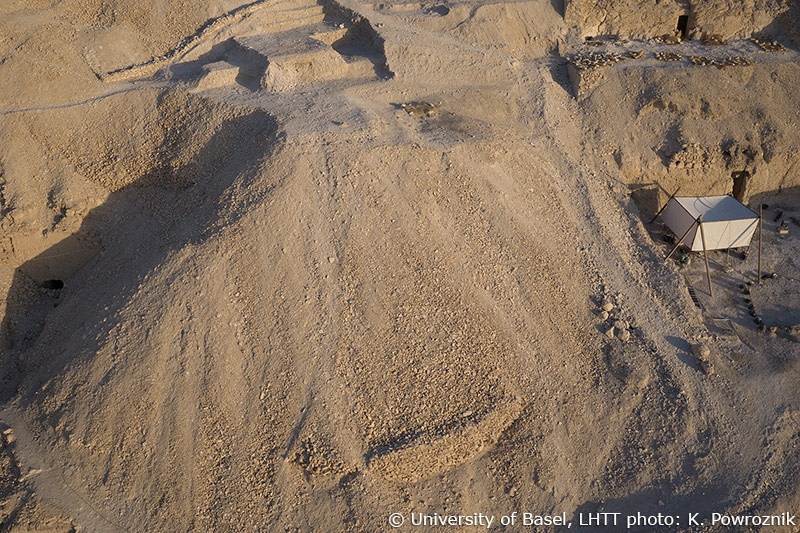 Debris cone above the entrance of K555

K555, facing south, is adjacent to TT84 in the west and today only accessible through a breakthrough between the two tombs. The entrance and courtyard of the unfinished tomb must have been buried under debris for a long time; the large debris cone on top of it was piled up by archaeologists during the late 19th or the very early 20th century; smaller heaps of excavation spoil were added to it during the 1990s. 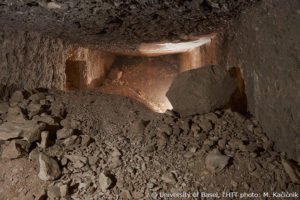 The inner hall, filled with debris

The tomb, constructed for the Director of the God’s Wife’s Estates Amenhotep, was never finished: while the transverse hall was already cut to measure, the corridor was only roughly carved, and stone-cutting had barely begun in the planned inner transverse hall. At present, debris is filling the outer transverse hall up to three thirds and also the front part of the corridor. It entered through the tomb entrance and a big crack at the west end of the ceiling, and has been moved around by plunderers searching for burial shafts. A peculiar feature of the entrance hall is that its west side is shorter than its east side and will be investigated during excavations.

Besides a painted ceiling part and badly damaged depictions on the north wall of the transverse hall and on the doorway into the corridor, the tomb has not been decorated. 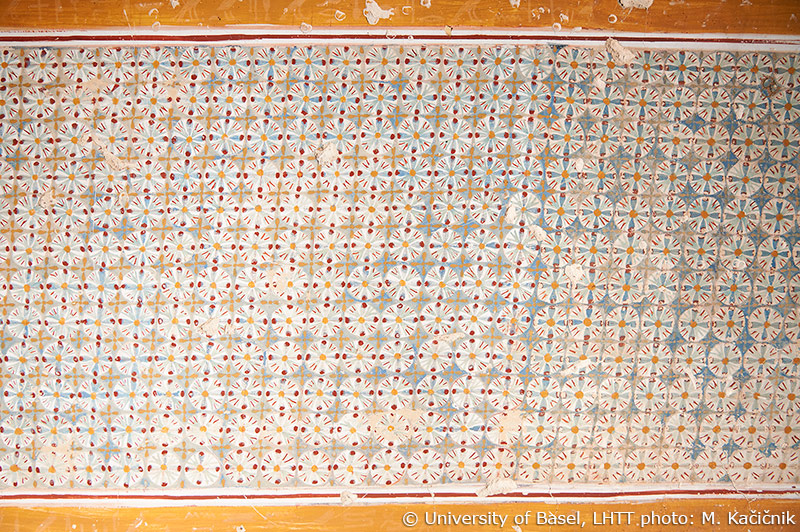